Utopia College and the Binary 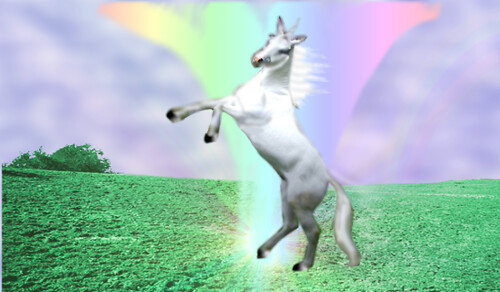 After noticing the use of the binary argument at so many recent conferences and chatting about it with Mike Caulfied and Alyson Indrunas, I actually then dared, half in jest, to throw out the word “utopia” at NWeLearn’s ending panel discussion. I was only using it half in jest…so I think it is important to clarify how that word is being used, so as to not paint everyone with the same rainbow-and-unicorn-utopian colored brush.

There are those who judge the ideas being offered  by others as utopian. Mike Caulfield describes this experience at #dLrn15 in his recent blog post:

“I think it’s utopian,” they said, “You’re not going to eliminate all online nastiness with a different software format.”

I looked over my presentation to try to find the spot where we reached the Age of Aquarius via some Node server installs. I saw a lot of places where I said we could be doing much better, but couldn’t find the places where we cured all ills.”

Then there are those, like me in my flippant utopian comment during the panel session, trying to make a distinction about the places (physical and mindset) from which some of those ideas are being generated as utopian or, perhaps, elitest (choose your adjective).

When the term higher education gets defined by the likes of a Harvard, MIT, or Stanford, it rarely, if ever, resembles the higher education with which I am familiar and go to work in every day at a rural open door community college in eastern Washington State. The perch from where the monied (and even not-so-monied) four-year, selective entrance schools view issues in higher ed (from the plight of the adjunct to available technology to the abilities of the students in the classrooms) is covered in assumptions that my students are just like theirs, that they enter college being able to read and write at a collegiate level, that they have devices to bring to campus for BYOD initiatives, that they have time to spare between their jobs and their families to attend full time, and the list goes on.

It’s great that we have the likes of Mike Caulfield or Jesse Stommel, who deliver aspirational ideas to address some of the ills of higher ed, and push the boundaries “so far out of the mainstream of practice you have to squint to see them.”  Their ideas, however, start from the mainstream. The Everycollege. And then ask us to push our own boundaries. There isn’t an assumption of privilege to the Federated Wiki or of the Ivy League to rethink a gradebook.

Filed under teaching and learning

2 responses to “Utopia College and the Binary”

Talk to me! Cancel reply